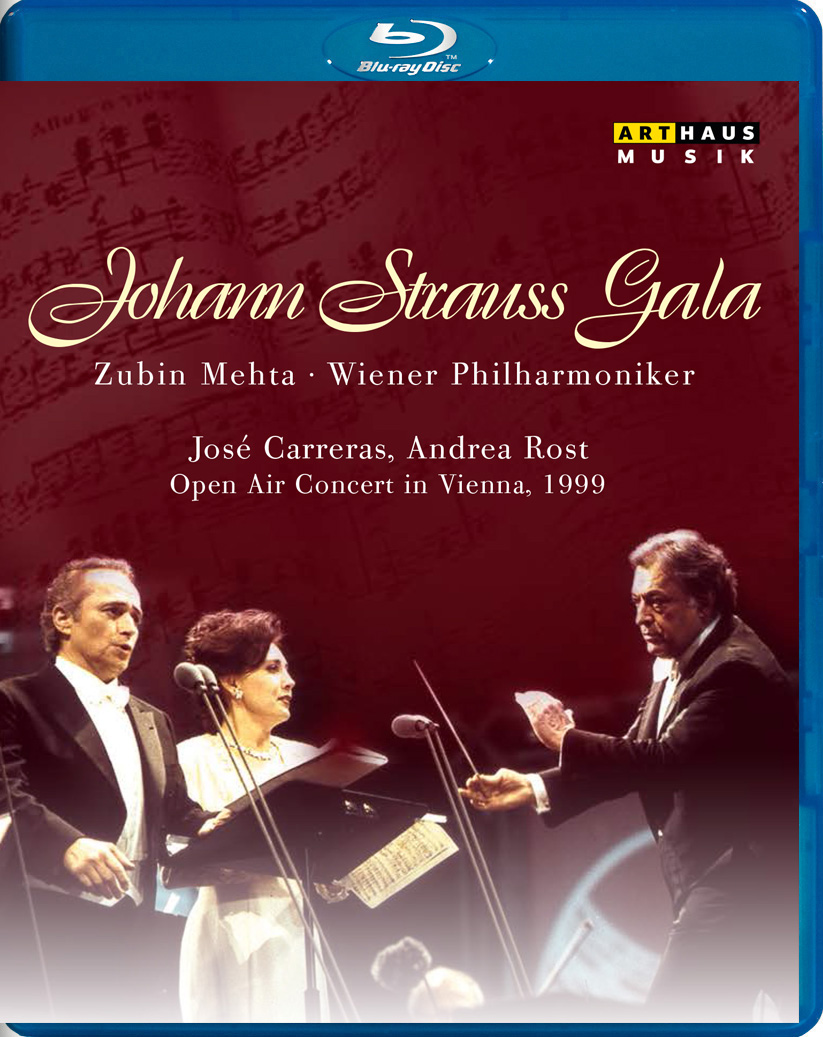 Few artist families dominated the light music scene of the 19th century in the same way as the Strauss dynasty. And even 150 years after the death of the "Waltz King" Johann Strauss senior and over 100 years after the passing of his son Johann Strauss junior, their dance compositions still pack concert halls around the world with throngs of eager spectators. In 1999, the Strauss anniversary year, the Vienna Philharmonic came up with a very special approach to honouring the musical father and son: An open-air concert in the heart of Vienna featuring works by Johann Strauss senior who, together with his son, cemented the reputation of this beautiful city on the Danube as the world capital of waltz. An audience of almost 8000 people was treated to the captivating sounds of their immortal melodies in the imposing atmosphere of the Heldenplatz (Heroes' Square) in the Austrian capital. Spanish tenor José Carreras and the Hungarian soprano Andrea Rost, long-time favourites with Vienna opera fans, were both invited to sing arias and duets at the „Johann Strauss Gala“ under the baton of open-air veteran Zubin Mehta. Inspired by the enthusiasm of the crowd, Mehta was moved to play the "Radetzky March" as an encore – the traditional closing piece at every Strauss concert.