14 TUNES BY PIANIST JOHN C. O'LEARY III with three piano duets with Shaun Martin and one with Dick Hyman 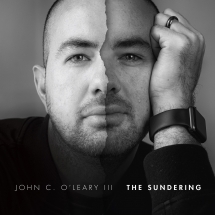 10 of these 14 tunes are written by John O'Leary III showing the many moods and insights from his unique Mexican/American background.

John C. O'Leary III is a jazz pianist, composer, and neuroscientist. His new release features three piano duets with Shaun Martin and one with Dick Hyman. John's desire is to combine his passions, music and science, and to bring his community closer to the scientific world; John feels that science and music are intimately interconnected and their combination exposes a truth about the human perspective.

John O'Leary III is also a founding member of La Lucha, a Tampa, Florida Jazz trio whose 2020 release Everybody Wants To Rule The World (Arbors ARCD19473) was met with both critical and commercial acclaim.

I almost put this one aside for 'later' because it didn't look or feel like an Arbors release--so I didn't think it was an Arbors release. Well, there's a new day coming. Here's a new guy that you have to take note of. A solo pianist that walks the lines between genres and blurs them, he's one of those cats that amazes you with what he can do with only 10 fingers. Impressionistic listening jazz played a the top of it's game, it fully rates 10 on the great googa mooga scale. Often low key but hot stuff throughout.