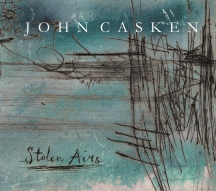 The idea of creating a CD of his chamber music in which the piano features in every piece (although a piece for solo piano is hardly chamber music) was the composers initial thought, and the range of pieces from 2002 (Piano Trio) to 2008 (Shadowed Pieces), to three more recent pieces featuring cello and then horn, as well as solo piano, created not only a nice sequence but also an interesting variety.

The recordings took place in Cardiff University School of Music and at The University of Manchester in the Cosmo Rodewald Concert Hall, in which John Casken played a major role in creating nearly 20 years ago.