Third time is the charm for the band whose Emmy nominated leader has graced The Allman Brothers and Dickey Betts Band with his keyboards. 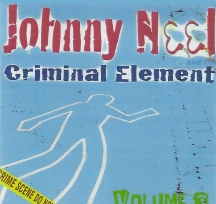