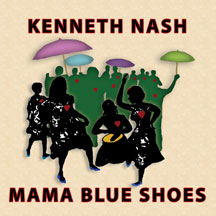 Kenneth Nash is creating some of today's most rhythmically compelling music. Breaking out into a superbly syncopated realm all his own, this accomplished musician, composer, producer, arranger and author is building bridges of sound with compositions that unite numerous forms and idioms. Fusing jazz, pop and world-music elements, he creates an effervescent brand of music. He draws on a wealth of experience that stretches over two decades. The impact of his music is as refreshing as the compositions themselves. His sounds pay no heed to formulas; crossing cultural and international boundaries. "What I'm doing is taking my musical influences: classical, Cuban, African, jazz, pop, funk and hip-hop and expressing them within the melodic musical language I've developed," says Nash.