A fascinating look at the art of filmmaking, with stories and clips from the making of some of the greatest films ever. 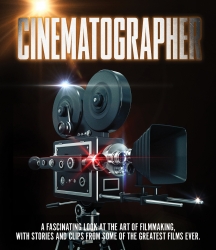 A fascinating look at the art of filmmaking, including stories and clips from the making of some of the greatest films of the 70's and 80's. Focuses on several men who made a huge impact on a craft that's vital to the making of any film.

Morgan comes off as decidedly unfiltered, providing unexpected insight into the often-fraught relationship between directors and their closest collaborators.

Key untold stories that were long overdue to be revealed and the result is a very pleasant surprise that all serious film fans really need to catch up with.

This doc interviews a handful of veterans like Roizman, Donald M. Morgan and Jack N. Green.

Definitely worth a watch for fans of movies about filmmaking.

Cinematographer radiates with the love and respect Morgan receives from his fellow cinematographers and others in Hollywood.

Cinematographer is a terrifically enjoyable documentary