A Journey Begins For A Team 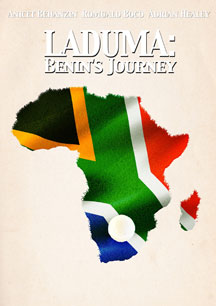 The film follows the underdog national soccer team of the poor West African nation of Benin (known as The Squirrels) as they try to reach the 2010 World Cup Finals in South Africa, the first ever on African soil. The film follows 5 players on the team, young men crossing the continent to play, suffering tragedy and enjoying good times. The film examines the role of football in community building and whether this process of these young men discovering their continent can help lead to a pan-African spirit and unity. The film also introduces the fascinating country of Benin, its tragic slave trade history, its historical importance as the center of the kingdom of Dahomey, its renown as the birthplace of voodoo (the film visits voodoo shrines, including the most powerful in the country), its landscapes and wildlife, its people, and its music and dance.