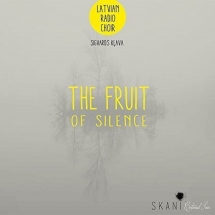 Latvia is well known for its rich choral tradition. Hundreds of the best choirs gather every four years for the Great Song and Dance Festival and form a mass choir of about forty thousand men and women. There is one choir, however, that shines the brightest among them all - the Grammy award winning Latvian Radio Choir, the group that always looks for innovation and sources of inspiration. In this album the Latvian Radio Choir and its chief conductor Sigvards Klava decided to record new and never before released works composed for them that have one thread in common - the breathtaking beauty of sound. Reviews Stunning rendition - it's not only an exceptional voice but also a meditative stillness in the singer's mind which creates this kind of depth. -Chorzeit, 05.05.2016