First part of the planned vinyl- trilogiy of the Geman Krautrock band in a limited edtion! 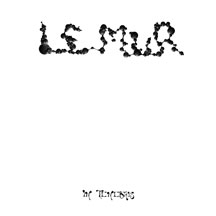 LE MUR call their music heavy- Dark- trip -rock with prog influences and Space . And in fact , that hits it. The songs are heavy, partly grim ( sometimes reminiscent of the Velvet Underground ) , there is rampant instrumental sections with a dash of Hawkwind , and when Matthias Graef then unexpectedly picks up the saxophone , strong memories come to the magnificent Out Of Focus . They worshiped the heroes of the seventies , but they are not copied. " InTenebris " , the first one in a planned trilogy , will be released in a limited edition of 500 records.!