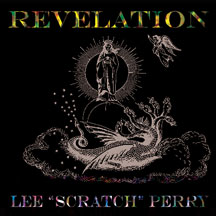 Revelation is the third of a series of collaborations with UK multi-instrumentalist Steve Marshall, following the controversial Scratch Came, Scratch Saw, Scratch Conquered and Grammy-nominated The End of An American Dream. Perry continues to create unique, category-defying music. For the uninitiated, Lee "Scratch" Perry is one of the most important figures in the history of reggae music. Not only did he help develop the early reggae sound captured in a number of important recordings, but as an engineer, producer, songwriter, and performer he pioneered a number of innovations, including dub reggae. Recorded at Lee Perry's mountain-top studio in Switzerland and studios in California, New York, and England, this album features Duncan & Green, Tim Hill, Keith Richards, George Clinton, Dr Sleepy, Alec Hay, Steve Marshall, elodieO & Abi Browning, and David Stewart Jones. This title includes bonus tracks.