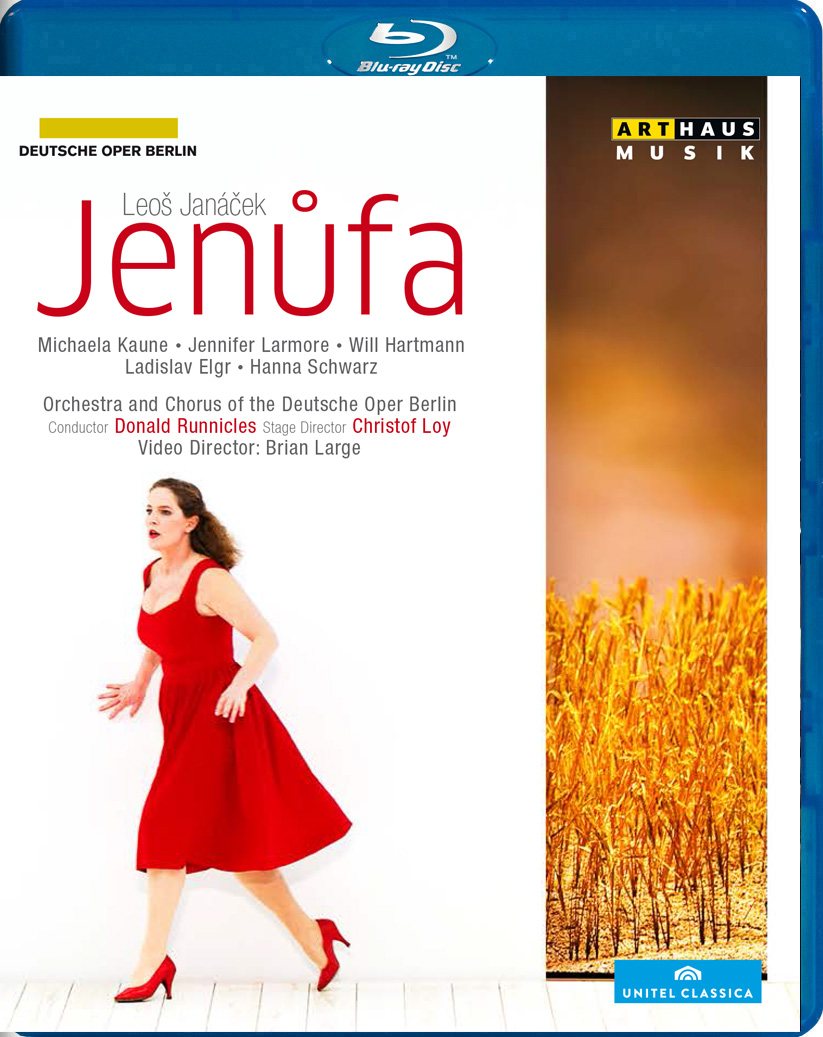 „Jenůfa", still Janáček's most successful and most often performed opera, is a musical study of the social milieu. Christof Loy moves the action of Janáček's drama, revolving around the strict sacristan (the Kostelnička) who drowns her stepdaughter Jenůfa's illegitimate child for fear of gossip and concern for her future, to a bare white room in which the passage of the seasons is only hinted. It is the sacristan's stark prison cell - where he recounts past events and takes the spectator into the story seen in retrospective.Michaela Kaune sings the title role of Jenůfa with warm soprano, her despair at her situation palpable at every moment, culminating finally in the discovery of her dead son. Jenůfa's stepmother is sung by American mezzo-sorano Jennifer Larmore, who delights with her great vocal expressivity and beautiness. Musical Director Donald Runnicles conducts the Orchestra of the Deutsche Oper Berlin, which perfectly balances the churning intensity and textural refinement."Sometimes all that is needed is to match the right director with the right piece: Christof Loy and Janáček's 'Jenůfa' are evidently just such a happy case, giving the Deutsche Oper Berlin the rare example of an opera production as intelligent as it is modern." Opernglas"Jennifer Larmore as the Kostelnička ... endows the role with singing of uncommon beauty and vulnerability while never slighting its more dramatic moments." The New York Times