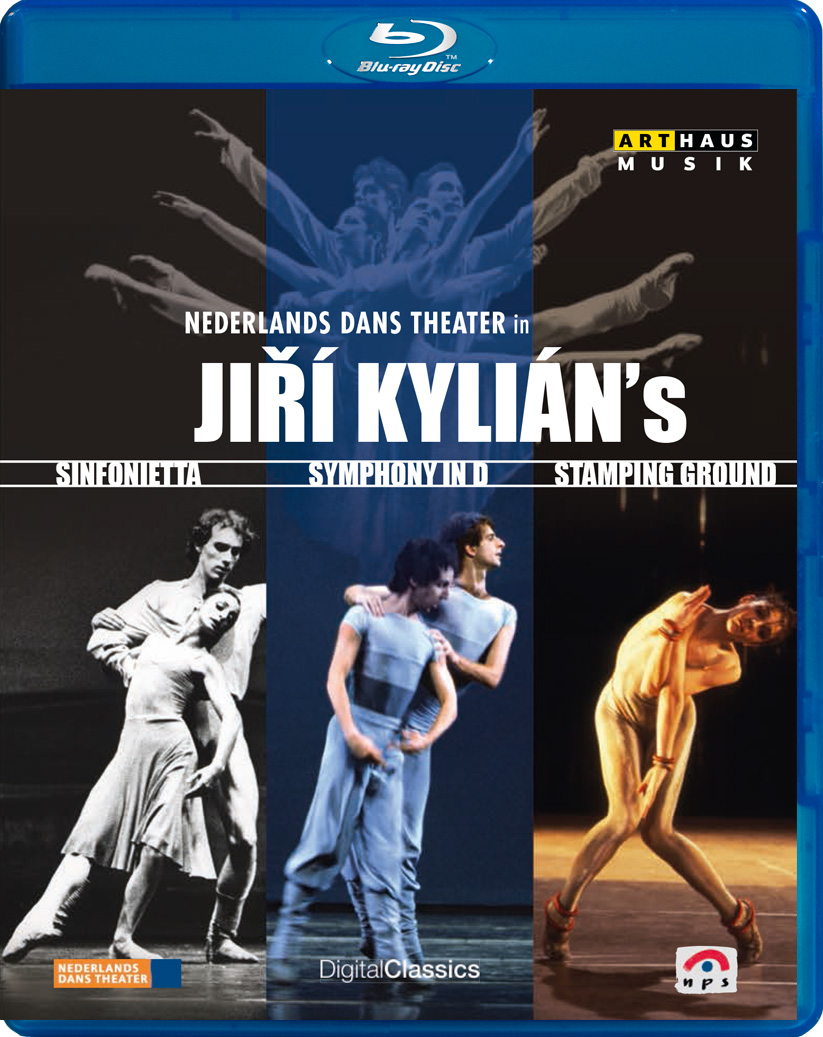 Dedicated to bridge the gap between modern dance and classical ballet, the Nederlands Dans Theater forged a reputation as one of the most innovative and exciting dance groups in Europe. Under Jiří Kylián's visionary direction (from 1975 to 1999), the company's international pre-eminence kept growing. The three programmes show the choreographer's unique and very personal style, his affection for group performances and his remarkable ability to create highly inventive, witty and miscellaneous ballets.SINFONIETTA (Music by Leoš Janáček): Kylián was inspired by the beautiful music of his compatriot, Janáček, to create this fluid, spacious, romantic ballet which has become a milestone in contemporary choreography. The forceful fanfares of Janáček's music are matched by a ceaselessly energetic and exuberant display of movement, creating and image which carries through the composer's intention of evoking the spirit of the "modern, free Czech".SYMPHONY IN D (Music by Joseph Haydn): In Symphony in D Kylián demonstrates his remarkable ability to create a highly inventive and graceful ballet which is, at the same time, extremely funny. Set to Haydn's Symphony No. 101 (The Clock) and Symphony No. 73 (The Chase), it is an affectionate send-up of classical ballet poses and is performed with great wit and style by the Nederlands Dans Theater. STAMPING GROUND (Music by Carlos Chavez) Stamping Ground is a unique and original ballet, inspired by Kylián's experience of Aboriginal culture and dance, which led him to seek out the universal qualities that underlie both modern ballet and a style of dancing that has survived in Australia for over 40,000 years. Stamping is the most important element in Aboriginal dance. Each tribe has its own way of dancing and his own Stamping Ground.SPECIAL FEATURES:Introduction to STAMPING GROUNDRehearsing the SYMPHONY IN D - Workshop with the Royal Ballet School