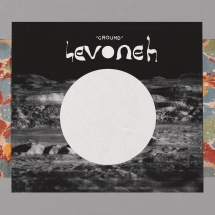 Levoneh is a collaborative music project led by composer and producer, Ross Kirshenbaum, based in Seattle, WA on unseeded Duwamish territory. Kirshenbaum grew up in the Pacific Northwest, deeply influenced by the coalescence of gritty, ethereal and moody music that evolved there. Levoneh reflects the absorption and digestion of these dichotomies, combining elements of electro-acoustic, psychedelic pop soundscapes with deeply vulnerable, protest folk songs. The resulting work is something that feels both utterly familiar and entirely unique. Levoneh's latest album, Ground, is a curated collection of songs composed between 2008 and 2020, stitched together with watery field recordings marking a journey of reflection and transformation through the heartbreak and anxiety of facing a smoldering world set on erasing everything. Kirshenbaum approached this album predominately through the lens of grief and healing work. He writes from his experience as a white queer, living in the Jewish diaspora on stolen land, navigating political, economic and cultural systems that uphold white supremacy. Drawing from musical influences deeply rooted in rain, vistas and every shade of green imaginable, Ground seeks to honor and protect the sacred rituals of self and collective exploration and introspection that will ultimately build us a new, liberatory future.