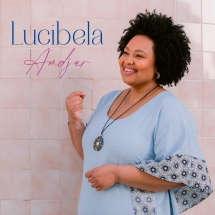 After all the creative process, the contact with the composers and the analysis of their repertoire, Lucibela was sure that The Woman would be the main subject of her second album. AMDJER is a tribute to Cape Verdean women, but also to women in general. Here are depicted the facts of daily life, which reflect not only their sorrows, their anxieties and their challenges, but also their strength and their determination to overcome, the joy of living and the theme of love, universal to all. Composed mostly of unreleased songs, this album brings together 12 songs by composers and authors from Cape Verde of different generations such as Nhelas Spencer, Luis Lima, Toy Vieira, Tibau Tavares, Miquinha, Elida Almeida, Ary Duarte, Daya, a former popular theme of Cape Verdean music and an unpublished bolero by Cuban composer and artist Emilio Moret. In this second album, Lucibela makes her debut as a composer and presents two titles that were created during the pandemic. "Ilha Formose", is the morna written by Miquinha where the artist pays tribute to São Nicolau, the island where she was born and where she spent her childhood until the age of 6, a place of origin that she shares with the exceptional music producer Toy Vieira who had already taken over the production of her first album. Recorded and mixed between Mindelo, Paris and the Netherlands, AMDJER presents today a different formation from the one she used in her first work based on strings. In this new production we now have piano, saxophone and bass which bring us the sound of mornas and coladeiras, mazurca, slow batuku and bolero. In her second album, Lucibela is the voice that rises breaking all the boundaries that delight the saudade.