Originally released in October 1996, Cold is one of the most important and relevant darkwave albums of the nineties. 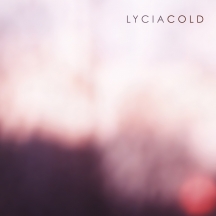 There is not much to say about Lycia's masterpiece which hasn't been said already. Originally released in October 1996, following 1995 The Burning Circle and Then Dust, Cold is one of the most important and relevant darkwave albums of the nineties. Inspired by the band's relocation from the desert of Phoenix, AZ, to the snowy landscapes of Streetsboro, Ohio, Cold is a paradigm shift in terms of surroundings as much as a further development in Lycia soundscapes. "I think of all the albums I've done, the time and place when we recorded it seeped into Cold more than into any other album", Mike VanPortfleet commented years later. Cold is unquestionably one of the very pinnacles in Lycia's discography, a discography now spanning over three decades and filled with acclaimed releases. An album conceived in the fall of 1995 and ultimately born in the winter of 1996, coming from a band used to write their music in the heat of the desert and now immersed in a snowy, wintry landscape, now made available again for its 25th anniversary. The last Lycia album to be recorded on a cassette multitrack, Cold will be reissued on both CD and double LP in a completely remastered version via Avantgarde Music.