An army veteran's unlikely romance with an Iraqi immigrant is put to the test when she is faced with deportation. 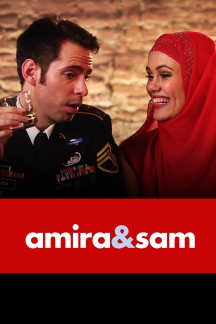 To help adjust to coming home from war, Sam Seneca (Martin Starr, Silicon Valley), a former Green Beret, takes a stab at a life-long dream: stand-up comedy. Amira fled Iraq after her brother was killed by U.S. soldiers. Amira has a run-in with the police, so Sam takes her under his wing. The more time they spend together, the harder it is for them to combat their feelings for one another.

The script is thoughtful, but its anger is diffuse, with laissez-faire capitalism and the problems of illegal immigrants and returning soldiers jostling for attention.

Chief among its pluses is the low-key warmth of leads Martin Starr and Dina Shihabi.