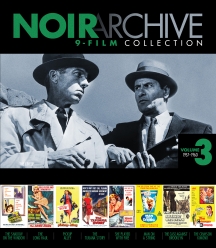 As with the first two collections, there are some really interesting films in this set, and genre aficionados will most likely find at least a few titles in this set, including some more British productions, that may well spark interest. Recommended.