The triumph of Harry and Meghan 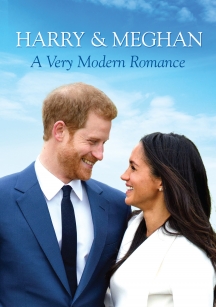 Meghan Markle and Prince Harry are to marry. With the same interests, they seem ideally suited. They have both confronted difficult upbringings and triumphed. Now they triumph together. This one-hour special explores the social background that makes this adventurous marriage seem thoroughly in keeping with the modern British Royal Family. It explores the remarkable lives of actress Meghan Markle, a powerful woman's rights campaigner, and Prince Harry, who has broken out of the royal straight jacket without losing his royal dignity. Eighty-two years after a romance with a divorced commoner from America led to the abdication of a King, this royal marriage sets and confirms a revolutionized set of British values.