Princess Diana: A Life After Death 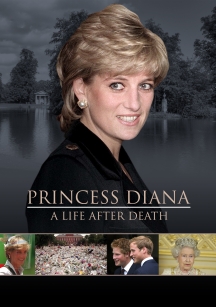 Princess Diana: A Life After Death is different from many of the recent programs commemorating the 20th anniversary of Princess Diana's death. It is not just an anniversary program. It is a powerful summary of Princess Diana's historical, political and social legacy. Princess Diana's death set the British nation thinking deeply about its monarchy and its royal family. In the unstable summer of 1997 a strange atmosphere existed throughout Britain. The country's young Prime Minister Tony Blair had just won an election with a big majority and the tabloid press were pursuing Princess Diana after her separation from Prince Charles. Events were already leading to a full-scale crisis for the British monarchy. The terrible sudden and completely unexpected death of Diana changed Britain. This powerful and original new program looks at the history of Princess Diana's life after her death. The question of the "condition of Britain" is portrayed in the program - on the one hand through the life of her sons and family after her death and on the other through the collective memory we have through the images and controversies of Diana's life. The British monarchy is now trusted more than ever before. It is politicians who have lost trust. The selfless aspects of Princess Diana's wide interests continue to act as a form of both emotional ballast and inspiration to the British nation and the world at large. The distinguished contributors include Sir Anthony Seldon, Alastair Campbell, Jeffrey Archer, Emily Nash, Katie Nicholl, Catherine Mayer, Richard Kay and Sarah, Viscountess Bangor. Backed by a full orchestral soundtrack, Princess Diana: A Life After Death takes a lasting approach to describing the life of one of the most important women who has ever lived. The programme is intended to have a long life. It is not just an anniversary programme.