The Cat And The Moon: Special Edition 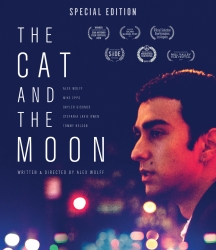 While his mother seeks treatment in rehab, teenager Nick (Alex Wolff, "Hereditary") comes to New York to stay with Cal, a jazz musician and friend of his late father's. During his stay, he makes friends who show him what the city has to offer.

Thoughtful storytelling and an engaging screenplay... Wolfe's film is an interesting exploration of real high school problems led by a strong cast.