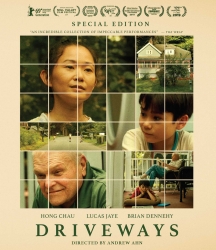 A lonesome boy accompanies his mother on a trip to clean out his late aunt's house, where he ends up forming an unexpected friendship with the retiree who lives next door.

An incredible collection of impeccable performances.

The three lead actors carry the movie and do the heavy dramatic lifting gracefully; their sheer presence reaches far beyond the confines of the story.

For a movie about isolation and the risk of reaching out, it's a generous example of how nourishing a sense of connection really is.

A movie that's impressively, if not stubbornly understated, where life stories come from select bits of precise dialogue, with lovingly rendered characters put into a collection of scenes that simply allow us to live with them.