Being A Teenager Sucks. 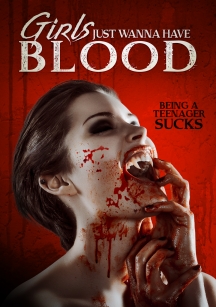 When social outcast Jessica is accepted into a trio of teenage vampires, she finds herself thrust into a nocturnal world of murder, drugs and all night parties as they stalk the patrons of local bars and clubs. Meanwhile, a mysterious, foreign vampire hunter searches the underworld in hopes of putting a stake right through their plan to party forever.

One of the best vampire films I have seen in years... full of beautiful women and blood.

Perfect mix of horror, action and comedy... exists in a netherworld of 80s dreams and nightmares.

What the independent film world exists for... fun, oddball and ultimately fulfilling films like this one.

Super sexy vampires and would have fit perfect in the 1980s.