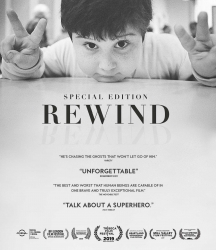 Digging through the vast collection of his father's home videos, a young man reconstructs the unthinkable story of his boyhood and exposes vile abuse passed through generations.

It's quite shocking and revelatory... It's really a powerful movie that accelerates in its power as it goes along.

It's not a thriller, but it is a horror movie... Beyond being a study in the horrors of a cycle of abuse, it's also a look at the discrepancies and disparities that occur in our justice system

The best and the worst that human beings are capable of in one brave and truly exceptional film.

TALK ABOUT A SUPERHERO.