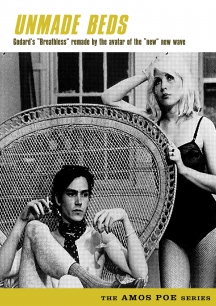 See Debbie Harry in this 1976 drama from "No Wave" filmmaker Amos Poe. This is the story of Rico in New York City, who imagines he lives in Paris during the time of "New Wave" filmmaking. He's a photographer who thinks he's an outsider, so he uses his camera like a gun, loading it with bullets of film. He seeks reality to fulfill his fantasy. but, he's also a romantic, and this is his downfall, especially when he falls in love with the adorable Blondie. When Rico falls in love, the delicate balance of the world he has made for himself is disrupted.