She Was Killed in The Name of "Honor." Now...She Lives For Killing Men! 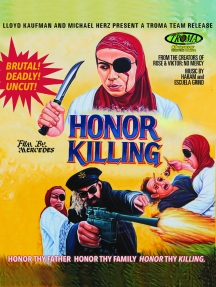 When a young woman is brutally attacked, she seeks the aid of her own flesh and blood, but her Father has other plans for her - a bullet to her head. Now she lives, lives for vengeance. You can't keep a good woman down. Having survived the attempted "honor killing", she hires a rugged bounty hunter named Viktor to train her the ways to inflict pain. Thus, she begins her journey to find her Father, and leaves a trail of savage men along the way.