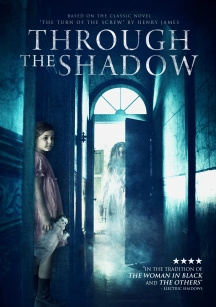 Moving to the countryside of 20th century Rio de Janeiro, prim and assuming Laura is unprepared for life on an isolated plantation. Hired as a nanny for two young orphans who live on their uncle's coffee farm, she soon notices that things are not all as they seem. Confronted with continual apparitions, and noting the children's increasingly ambiguous behaviour, Laura becomes convinced in the presence of hostile spirits whom she believes are intent on taking possession of her young charges. With growing concerns for their safety, she strives to unravel the mysteries of her new home without realising that it may be herself who is in mortal danger. Based on Henry James classic novel The Turn Of The Screw.

An effective chiller which ventures into some very dark places.