A famous crime writer struggles to recover from a brutal assault by a crazed fan. 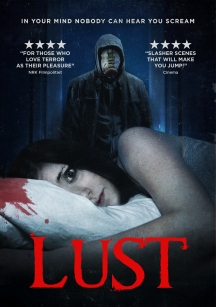 A famous crime writer becomes a victim after a crazed fan brutally attacks her. Isolated in her apartment she tries to recover but continues to feel threatened after experiencing strange events. Her psychiatrist believes that it's all in her mind, a result of post-traumatic stress, but she is convinced that her attacker is stalking her and resorts to extreme violence to protect herself.

Norway's most grotesque horror movie ever