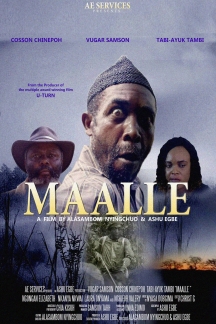 Maalle, who is wanted for elephant poaching, is told by his doctor that he doesn't have long to live. He decides to undo some of his wrongs before he dies. He escapes from his hospital bed to go and uncover the elephant tusks that he has hidden in the forest with the intention of returning to the government authorities through a greedy and corrupt politician. The Police are tipped on Maalle's whereabout by a passer-by who hopes to claim the ransom. So the chase starts, in this fast-paced action movie, where the hunter becomes the hunted. Maalle's son, Moto outsmarts him and takes the tusks before Maalle could get there. Jennifer, the girlfriend of Moto and the link with a network of elephant tusks traffickers, is caught between love and betrayal.