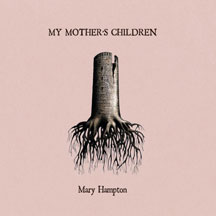 Mary Hamptonâ€™s first solo album is a distillation of her musical influences (which include Anne Briggs, Bob Dylan, Bach, traditional fiddle music and British bird song). The subjects Mary covers are timeless and the language she uses, raw and poetic; the stories themselves frequently charged with gothic drama and mystery. The album contains 10 original songs, which focus in various ways on our uncomfortable relationship with the familiar.