Minnie Ripperton - Come To My Garden 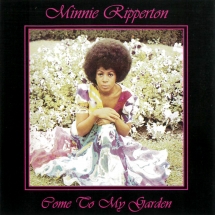 Come To My Garden was Minnie Ripperton's first solo album. Recorded 1969, released in 1970 and is considered to be a master piece. Produced and Arranged by Charles Stepney. It is simply a musical work of great beauty, containing lush arrangement and beautiful soaring love songs. Minnie Ripperton-sung with an angelic five octave range voice.

She began her music career as a vocalist singing backup to Chess Record artist such as Fontella Bass and Etta James, before becoming the lead vocalist with the black psychedelic band Rotary Connection.