The monsters just got bigger. 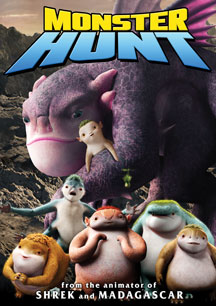 In a mythical ancient world, monsters rule their land while humans keep to their own kingdom. But when adorable baby monster Wuba is born to a human father and the monster queen, mortals and creatures alike set out to capture the newborn, and Wuba's epic adventure begins. This is the latest film from Raman Hui - whose animated work includes modern-day children's classics "Shrek," "Madagascar" and "Antz." "Monster Hunt" smashed box office records when it became the highest-grossing film in China's history. This family-friendly version is intended for kids of all ages and has been dubbed in English.