My Life With Rosie 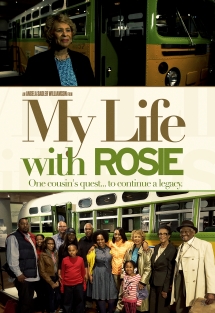 The documentary examines the relationship between the civil right legend Rosa Parks and Carolyn Green and discussing Green's quest to continue her cousin's legacy of black activism in America.

A film that is consistently engaging, involving and manages to take what appears to be a familiar subject, the life of Rosa Parks, and brings magnificent new life to it.