A dramatization about the failed production of Daiei's Giant Horde Beast Nezura. 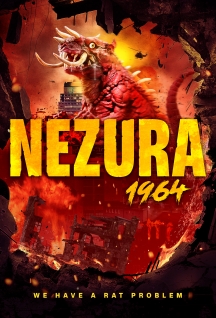 1963 Summer. Nagano, the president of the Daiei Film Company, is in need of a new hit movie. He's convinced by his special effects director Tsukaji to make a giant monster motion picture - but to outdo the studios' competitors, not just any monster movie, but a "Giant Horde Beast" feature. Along with veteran director Muraoka, assistant director Yukawa, and producer Shigeo, they set out to make a movie "in which hundreds of giant rats attack a city". Successful test footage is shot, and the new movie is set for production... However, disaster looms. And when the movie shoot is cancelled and the animals destroyed, an ever bigger threat emerges...