Olivier Orand is an electronic / IDM producer whose debut album, Human, made quite an impact under the monicker Hol Baumann 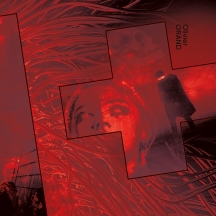 Olivier Orand is an electronic / IDM producer whose debut album, Human, made quite an impact when it was originally released in 2008 under the monicker Hol Baumann. From 2017 the French soundscaper decided to produce music under his own name, and in 2019 Sidereal took care of Human re-release on CD and 2LP. Mostly influenced by the early electronic UK scene, Olivier Orand's music, mixing strength and sensitiveness are focused on feelings and pictorial connections. After his debut album, Orand pushed his expression through his latest sound explorations, based on "unstructured" vocals and sharper sound designs. All this flowed into the producer's long-awaited sophomore album, H+. "I created H+ with an ill-defined, oppressive feeling, like a drama playing out. Without a script, or anything predetermined, it turned out more like a feeling, a bad dream that you barely remember. This album, from my point of view, tells a contemporary story, or maybe set in the near future. It's a human story that will probably end badly, filled with dramatic tension. But everyone, in the end, will have their own interpretation". Experience your own take on Olivier Orand new album H+, which will be out on CD and LP via Sidereal on June 24th, 2022.