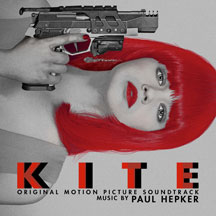 Kite is a 2014 American action film directed by Ralph Ziman, based on the 1998 anime of the same name by Yasuomi Umetsu. The film stars India Eisley, Callan McAuliffe and Samuel L. Jackson. In a vast, multicultural and decimated urban landscape, post-financial collapse, Sawa, beautiful but emotionally detached, lives a secret life as a covert assassin. The daughter of a police detective involved in the investigation of human trafficking, she was orphaned at the tender age of 12 when an unknown assailant targeted both of her parents. Now 18, Sawa is a human time-bomb intent upon eliminating members of the flesh-cartels whom she presumes murdered her family--men who exploit the defenseless children of a collapsed society for the pleasure of high-paying, foreign clients.