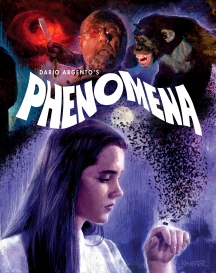 Fans of the movie will want this set, as the film’s truly never looked better; providing three significantly different cuts ensures this release will appeal to fans both nostalgic for the U.S. Creepers cut, and those who want to see the movie the way Argento intended it.

—Austin Trunick, Under The Radar Magazine