In this intense story a loan shark living an isolated existence uses brutality to threaten and collect paybacks from borrowers for his boss. 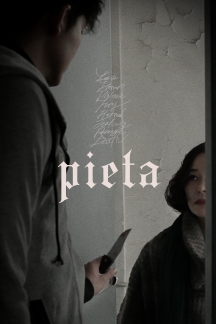 In this haunting story, a loan shark lives an isolated and lonely existence, using brutality to threaten and collect paybacks for his moneylender boss. One day, a woman appears, claiming to be his long-lost mother. He gradually accepts her in his life and decides to seek a redemptive life. However, he soon realizes it may be too late to escape the horrific consequences from his previous life.

An intense and, for the first hour, sickeningly violent film that unexpectedly segues into a moving psychological study.

There's a real tenderness to the two performances, particularly that of Jeong-jin Lee... And the disturbing, vaguely Oedipal relationship at the core is a fascinating one...