Nothing Is More Fascinating Than The Human Monster 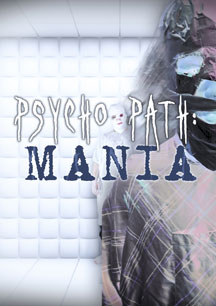 The Banewood Asylum houses the mentally ill who have become victims of unethical procedures and mad doctors. Patients have disappeared or been found dead under suspicious circumstances. Young women seem to be the victims most often of a medical staff who's methods hearken to the dark days of psychiatric treatments. The doctors like to use Psycho-Surgery to remove parts of their brains to quell the patients violent tendencies, at times turning them into little more than zombies, that become more violent than ever.

Geraldineï¿½s choice of nerve wracking music and disconcerting film techniques make the viewer uneasy, to say the least, as the unnerving story unfolds. The filmsï¿½ location further feeds its creepiness vibe. From hot young gals in nurse whites sporting lots of leg to creepy patients wrapped in bloody gauze stumbling the wardsï¿½ halls to hot shot doctors defending their work practices during the investigation, the cast does a good job selling this story.