One woman's battle to reclaim her life 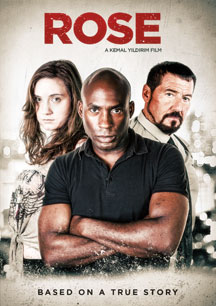 Rose is a hopeful woman broken by drugs, prostitution and Blondie, the Czar of Hellville. Struggling to support her habit, Rose finds herself and her six year old daughter at Hellville's mercy. When Rose betrays Blondie turning tricks behind his back, she and her daughter endure many hardships, including the fight to protect themselves from Blondie's brutal iron grip, in pursuit of her dream to reclaim their lives. Rose, Ellie and Tony, the three of them an imperfect little family bonded through pain and suffering struggle to escape to find a better part of the imperfect world to live in together. Rose must find the inner strength to reclaim her life and escape the hell that is Hellville.

Kemal Yildirim's film has something to say. It may not be something that everyone is comfortable with hearing and knowing, but it is definitely out there and perhaps nearer us than we would like to admit.

it's impressive, gripping, harrowing and, ultimately, beautifully conceived and delivered. It smacks of the desperation of real life and the drudgery and degradation that many must face on a daily basis and it packs a punch as it does so.

The impressive cast is augmented by Rose's innovative cinematography and minimalist soundtrack. Altogether, Yildirim creates the haunting ambiance that audiences have come to expect from his movies.