Talented Tina Denmark will do ANYTHING to play the lead in her school play! 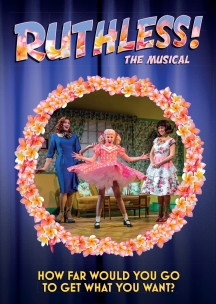 This award winning Off-Broadway show is a hilarious spoof of shows such as Gypsy and Mame, and classic films such as All About Eve and The Bad Seed. Written by Joel Paley & Marvin Laird it has become a modern cult classic. Ruthless tells the story of talented 8-year-old Tina Denmark who will do anything to play the lead in her school play... ANYTHING! Stars Tracie Bennett and Jason Gardiner.

A spiked Shirley Temple of a show!

Every minute Kim Maresca is on stage is a delight!

The cast is spectacular!