They will make cemeteries their cathedrals, and cities will be your tombs, in remastered Blu-rays of DEMONS & DEMONS 2! 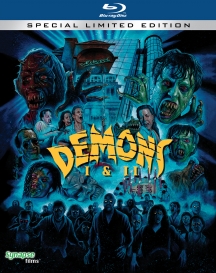