At Lincoln High, "The Cobras" rule the school and everyone in it. Everyone except Jeff Hanna. Now he's the only one who stands in their way! 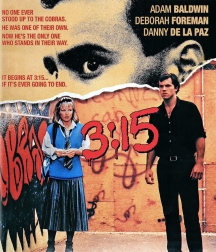 At Lincoln High, "The Cobras" rule the school and everyone in it. Everyone except Jeff Hanna. Once the most feared member of The Cobras, Hanna got sick of fighting and got out of the gang. Now The Cobras have brutalized his new girlfriend and threatened to kill him for his disloyalty. It's time for one last fight!

In finishing if you’re a fan of the high school gang thriller/ action genre 3.15 is most certainly something you’ll want to check-out, as it’s one of the punchier/ edgy takes on the genre.