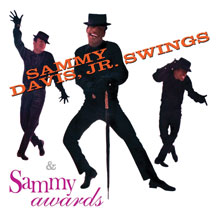 The world really discovered the exciting personality and talent of Sammy Davis, Jr. in the 1950s when his albums made the Top Ten and when the two albums on this CD twofer - 'Sammy Swings' and 'Sammy Awards' were released to critical acclaim. Born to show business parents, Sammy Davis, Jr. had been performing ever since he was a child but it was not till the 1950s when the world discovered his exciting personality and talent, when he achieved stardom on Broadway in 'Mr. Wonderful', and when the albums 'Sammy Swings' and 'Sammy Awards' were released. Both albums have been re-mastered and are released in their entirety.