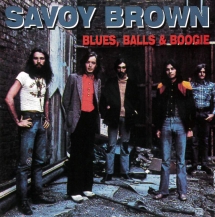 One of the earliest British Blues Bands, Savoy Brown were pioneers in the UK Blues Rock Movement of the 60's and 70's. Originally called the Savoy Brown Blues Band. Recorded live in the Rainbow Music Hall, Denver Colorado, June 27, 1981 ("Run to Me", which is a studio recording).