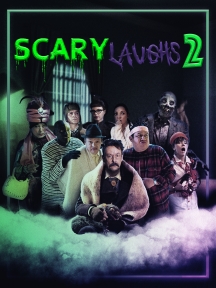 In the capital's main prison, strange paranormal activity sighting is happening that no one can explain. This is exacerbated by the arrival of a strange new inmate to the prison, which is filled with an enigmatic atmosphere, the nights become stormy and the mornings distressing, because every day a new victim from this masked character appears, the bogeyman. The prison director decides to seek Piroberta, Micolta, Don Jediondo, Carroloco and Whitey Sánchez to put an end to this mystery in which the prison is immersed. However, even more, help is needed. These characters tremble at night by the voices from the afterlife that invade the cells, decide that it is necessary to bring reinforcements and that is how Sagrario, Sorceress Dioselina, and the girl María Auxilio arrive to help reveal the hidden secret.