The Story Of The Books That Frightened A Generation. 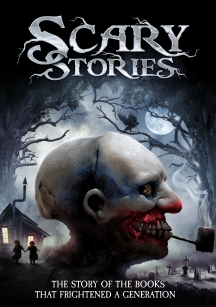 Explore the history of one of the most controversial works of modern children's literature: The best selling teen classic Scary Stories to Tell in the Dark, which scared a generation of readers and became of of the most banned books of modern times. Includes the author's family, scholars, folklorists, artists, fans, and children's book authors such as R.L. Stine, Q.L. Pearce, and more.

An immensely involving and fun to watch documentary.

A nostalgic treat for longtime fans.

A trip down memory lane...