An intimate insight into 40 years band history of one of Germany's major rock bands. 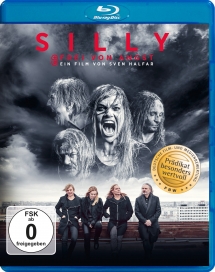 No make-up, no security, no reservations: The two-hours documentary SILLY - FREE OF FEAR by Sven Halfar produced out of 200 hours of amazing footage, portrays one of Germany's major rock bands, from their beginnings in East Germany, the death of lead singer Tamara Danz, followed by an existential crisis, to a new beginning with Anna Loos. The cult band SILLY has always been different: wayward, inventive, distinctive, and above all genuine. So the members give an intimate and authentic insight into their everyday life of songwriting and concert planning, discussions and stage fright as well as thrilling stage performances on their "Wutfänger" (Wrathcatcher) tour - free of fear.