The grand finale of the „Wrathcatcher" tour through Germany with an unique listening experience due to the dolby atmos mixture. 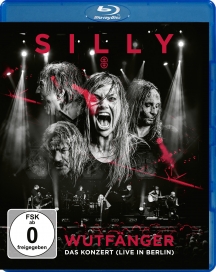 They are distinctive, headstrong, inventive, and above all, authentic. The Berlin east-rock band Silly with frontwoman Anna Loos thrilled an audience of millions during their "Wrathcatcher" tour through Germany. "In that moment when we go on stage, the band merges into one person." (Silly) And this is exactly what you feel when you see the band live. Electrified by the sound and the stage and light performance, the fans cheered the popular band who performed their new songs as well as the old classics. The grand finale was undoubtly the concert at the Columbia Halle in Berlin which was recorded in 4k and now has been mixed with the unique Dolby Atmos technology. This ensures a picture with highest quality and a really excited sound experience. The audience gets the feeling of being in the concert hall. This mix was developed in close collaboration between the band and the production company digital images.