Skin: A History Of Nudity In The Movies

A definitive documentary on the history of nudity in the movies from the early silent days to the present. 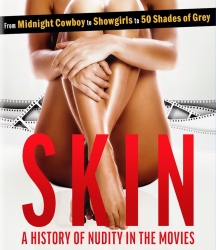 A definitive documentary on the history of nudity in the movies from the early silent days to the present, examining the changes in morality that led to the use of nudity in films while emphasizing the political, sociological and artistic changes that shaped this rich history. Skin delves into the gender bias concerning nudity in motion pictures and will follow the revolution that has pushed for gender equality in feature films today. A deep discussion of pre-code Hollywood and its amoral roots, the censorship that "cleaned up" Hollywood and how the MPAA was formed leads into a discussion of how nudity changed cinematic culture through the decades. It culminates in a discussion of "what are nude scenes like in the age of the #METOO movement?" Featuring interviews with Malcolm McDowell, Pam Grier, Shannon Elizabeth, Kevin Smith, Sean Young, Traci Lords and more...

Two plus hours of naked stars in a new documentary. Do we have your attention? Thanks to a busload of entertaining, often revealing interviews this one is worth a look.

At two hours, Skin: A History of Nudity in the Movies is everything you always wanted to know about sex in the movies but were afraid to ask.

While 'Skin' doesn't do any formally daring loops, it's a consistently engaging record with colorful input from each of the interview subjects, well-edited and with plenty of titillating footage.

This is not a “quickie” sexploitation film, but a well-produced and edited documentary.