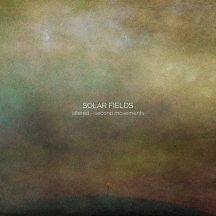 Here at Sidereal we take our commitment to Solar Fields very seriously. This effort is now taking us towards one of Magnus Birgersson's beatless albums, namely Altered - Second Movements. Originally released in 2010 on a limited CD run and never reissued since, Altered is a reworked and beatless version of the album Movements, released one year before (and reissued by Sidereal in 2018). Such close connection can be seen in each track title, too, which clearly reminds of their original Movement version. Altered is one of the many examples of Solar Fields ability to paint different moods, always maintaining a strong, recognizable personality. A darker, yet dreamy atmosphere permeates these eleven tracks, which wil find their way to wax for the first time ever. Solar Fields' Altered - Second Movements will be released on CD and 2LP via Sidereal on June 27th, 2022.